The event will take place at 'Kasteel Heeswijk', located between 's-Hertogenbosch and Eindhoven.

History of the castle
Records dating back as early as 1080 indicate that a “motte” or mounded castle could be found on this spot, remains of which can still be seen today in the cellar vaults of the castle. Over the following centuries the castle was expanded, refurbished, demolished and rebuilt. All the successive owners – depending on their financial means, taste and power – showed their different tastes in building Heeswijk Castle.

Both invited and uninvited guests have visited Heeswijk Castle. Around 1600, for instance, Prince Maurice twice laid siege to the castle but failed on both occasions to occupy it. In 1629 Frederick Hendrik did succeed in taking over the castle during the “Siege of Den Bosch”. In 1672 Heeswijk Castle again took part in international history when Louis XIV stayed over, most likely in the Tin Room.

At the end of the 18th century General Pichegru used the castle as his headquarters during the “liberation” of the Netherlands by French revolutionary troops. André Baron van Bogaerde van Terbrugge, Govenor of Brabant, bought the relatively decayed castle in 1835 and commenced the considerable restoration work. His sons, the noblemen Louis and Donat, followed in his footsteps and remained in the castle until the end of the 19th century, constantly filling it with art and artefacts.

Since its restoration in 1999 one can once again enjoy the beautiful rooms of Heeswijk Castle’s last noble family. The guided tour in the castle museum leads you through the rich salon and the so-called medieval Knight’s Hall, past the exquisite Chinese Room and the Baron’s Library, but also past the mysterious Tower Rooms, via the unexpected small stairs along the servant’s room.

Rooms in use during the event 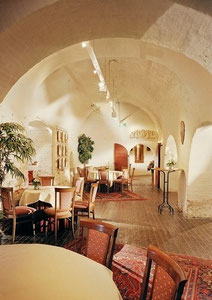 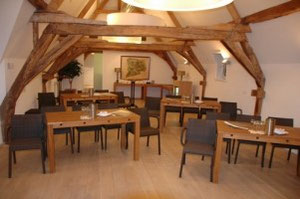 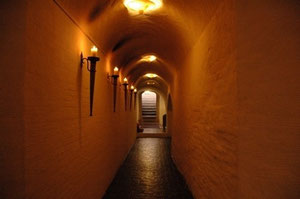 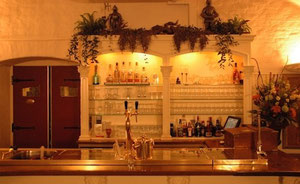 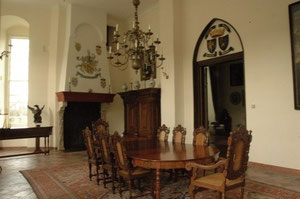